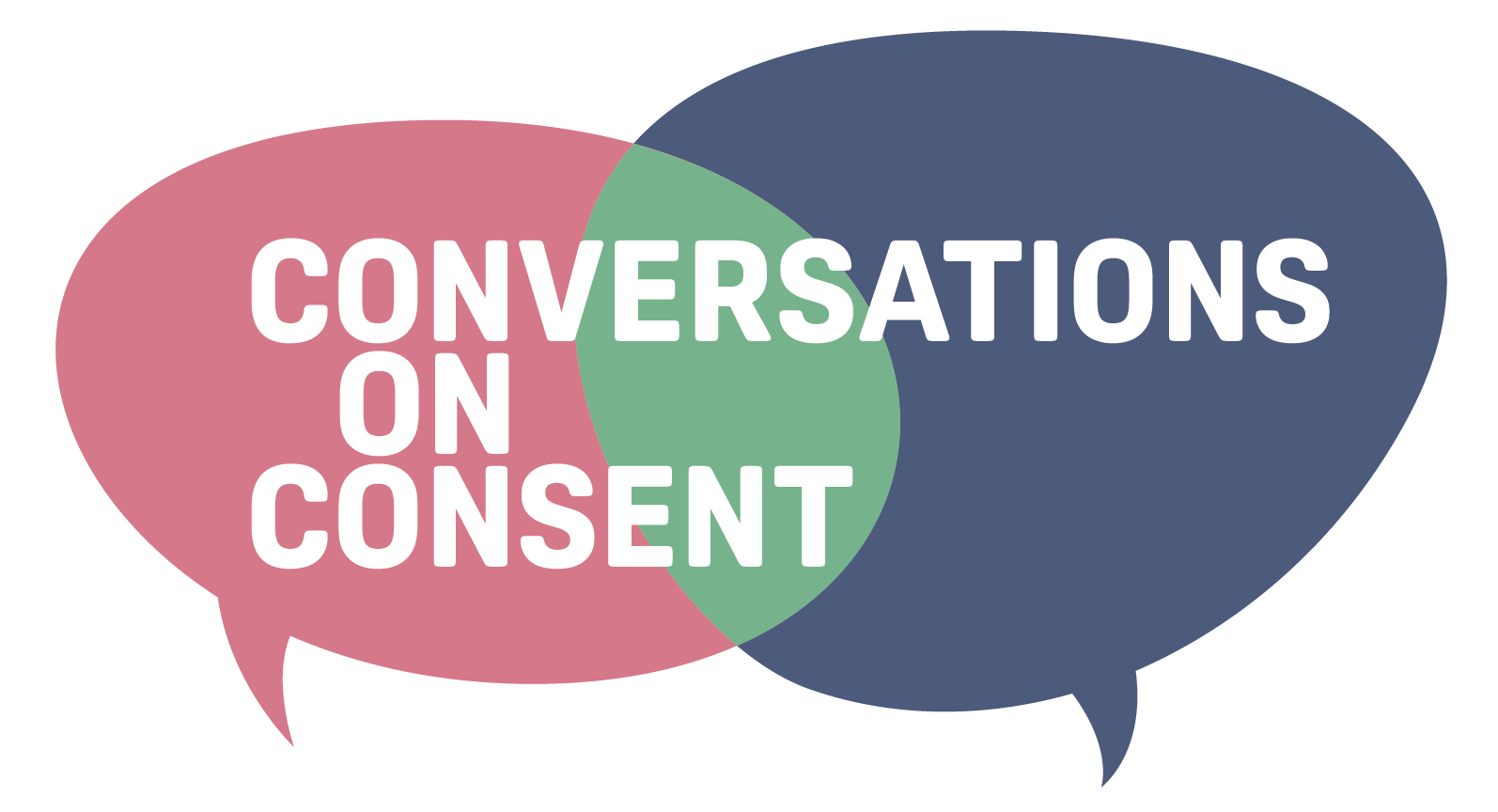 #yesmeansyes only when consent is based on an informed decision. Otherwise #yesmeansno.

Bringing the factor of truth into the discussion on consent, which is needed for lawful sexual conduct, is vital.

We live in a world where misinformation increasingly endangers the functioning of democracies. It allows for the abuse of power. Technology adds a layer of complexity towards this issue. Uncovering counterfactual information on the political, economic and social level became easier in some regards, yet Artificial Intelligence (AI) and deep fakes will only make it more difficult to spot lies and deceit in the future. The same applies to abuse on the interpersonal level. While fake accounts trolling the internet are already booming, it has never been easier to lead multiple lives all at once, upheld by online communication. And sometimes these secret lives involve sexual misconduct with severe consequences.

What does misinformation have to do with sexual exploitation and the MeToo Movement? Rape based on manipulation and misinformation adds an important layer to the current debate on sexual assault that should not be overlooked.

It is as easy to lie for strangers through dating profiles as it is in trusted long-term relationships by leading double lives involving love triangles. These lies often involve sexual relations that are based on deceit and therefore lack informed consent.

Rape by fraud offenders lie to have sex. Misleading their victims is their desperate way towards experiencing a false sense of sexual intimacy while exerting power over their victims. Not being able to seek consent shows the dire need of those sexual perpetrators for psychological support. Yet, this type of mental support can only be granted when these unhealthy dynamics, that are damaging society at large, are recognized. So, uncovering this widespread phenomenon paves the way towards help for these individuals as well as their victims while promoting a healthier way of interacting based on fully informed consent on all levels, even the most intimate ones.

Healthy relationships require clear and open communication and the ability to engage in non-violent conflict over differences. Many couples are already engaging in an open (and not always easy) dialogue to determine their sexual relationship continuously based on informed consent, may it be polyamorous, monogamous, an open relationship or otherwise.

Yet, when sexual conduct happens based on deceit instead of informed consent, the effect the con has on a victim – especially when this form of sexual assault has been ongoing for years – is harmful and needs to be prosecuted accordingly.

The Meaning of Consent

All around the world, the concept of sexual consent is increasingly gaining attention; especially through legislation and rightly so. The Istanbul Convention, Article 36, paves the way towards criminalising non-consensual sexual acts. They are a human rights violation.

In the case of rape by deception, a predator knows that they manipulate their victim into thinking that the victim’s assent (agreement by deception) is consent.

This is important because whether on the micro or on the macro level, if power-sharing is not negotiated between equals resulting in informed consent, conduct ‘on the face of it’ can be classified as abuse of power and may result in rape. Simply put: nonconsensual sex is a form of sexual violence and many laws all around the world recognise that fact.

Consent does not merely mean “agreement”. If a person deliberately lies for sex, their victims are not consenting because they are deprived of the ability to do so. By being lied to, they may have agreed ‘on the face of it’ but were in fact subjected to a severe breach of their self-determination over their own body. This sexual violation endangers their health and compromises their right to physical integrity.

All people, without exception, should have the autonomy to be able to make informed decisions in regards to their choice of sexual partners. The importance of this factor cannot be overstated and is obvious for health and reproductive reasons; especially to protect oneself with the necessary precautions against unwanted sexually transmitted bacteria and diseases.

The right to full autonomy over one’s body is a prerequisite for equal participation in society. Yet, this fundamental right is still fairly new. Freely given and informed sexual consent is part of one’s autonomy and self-determination.

Rape culture perpetuated in popular media (music, film, shows, etc), makes it difficult to identify abuse. The feeling of entitlement over another person’s sexuality is sadly common place and perpetrators remain “confused” or in denial when being confronted with degrading their victims through sexual violence when committing rape by fraud.

In view of shifting power dynamics, the topic of consent remains a key factor to be fought for on all levels, including the most intimate ones, to preserve functioning democratic societies. In a post-truth world, misinformation and deceit are undermining democratic structures gradually and this deterioration extends to the most private levels of civic engagement; leading to sexual violence and exploitation.

Sexual violence doesn’t always come with a black eye. The age-old myth that victims of sexual assault have to fight back physically against their attacker to be recognized as such, enables sexual violence and perpetuates it. You can’t fight when you are being drugged and you can’t fight when you are being tricked. Yes, violent rape is the most “aggravated” form of sexual assault, but all predators who undermine their victim’s right towards self-determination over their body are committing a criminal act.

Silence enables predators of sexual violence through fraud to commit serial offences. Breaking the silence is not easy, yet global movements like the MeToo Movement pave the way towards truth and transparency. Knowing the truth and being able to speak the truth without shame is the only way to reach full clarity needed to conquer rape mentality.

Knowing about cases of rape by deception comes with an obligation to uncover the truth. Victims still caught in a web of lies could slip into denial or want to ‘shoot the messenger’. Yet, it’s important to not be complicit and instead to reach out. This is compassionate and brave and the only way to protect others to make fully informed decisions in regards to their sexual health that are based on their own integrity.

Furthermore, everyone has the right to know their sexual history and that, when having unprotected sex with a predator, includes any additional sexual partners. This is important because sexually transmitted diseases and bacteria impact the genders differently and therefore are hard to be detected in cases of rape by deceit. If untreated, long term consequences can be severe.

Seeking out victims and creating solidarity networks helps to uncover sexual violence through rape by deception, to gain knowledge on possible STDs and to combat rape culture through strong alliances.

We need a culture of respect towards each person’s autonomy over their own body and choices of their sexual partners. Furthermore, the ability to engage in (temporary) non-violent conflict through open communication by continuously seeking consent needs to be strengthened in society to prevent abuse of power and rape.

It starts at the smallest level between two individuals in an intimate and private capacity. If we cannot practice consent on the most personal level, then how can we expect to live in fully functioning democracies at all?

This essay was first published by MeToo Germany.

Nicole Bogott As a published author and entrepreneur Nicole Bogott analyses power dynamics in the international context. Her upcoming book and academic conference series evaluate the future of democracy. Nicole created Philia, a global platform on inner, relational and community dimensions of leadership to foster equality globally. Further, Nicole has created impACT, a community-driven solidarity network for social entrepreneurs. She is also a guest lecturer at the second largest German university, Freie Universität.

Philia is a globally operating empowerment platform that spans over five continents. The Philia Method promotes empowering conversations for community-building to promote towards equality and leadership.

PrevPreviousPhilia and Global Diplomacy discuss Power and Society
Menu
COPYRIGHT © 2022. ALL RIGHTS RESERVED.
Facebook Linkedin Instagram
We use cookies on our website to give you the most relevant experience by remembering your preferences and repeat visits. By clicking “Accept”, you consent to the use of ALL the cookies.
Cookie settingsACCEPT
Manage consent

This website uses cookies to improve your experience while you navigate through the website. Out of these, the cookies that are categorized as necessary are stored on your browser as they are essential for the working of basic functionalities of the website. We also use third-party cookies that help us analyze and understand how you use this website. These cookies will be stored in your browser only with your consent. You also have the option to opt-out of these cookies. But opting out of some of these cookies may affect your browsing experience.
Necessary Always Enabled
Necessary cookies are absolutely essential for the website to function properly. These cookies ensure basic functionalities and security features of the website, anonymously.
Functional
Functional cookies help to perform certain functionalities like sharing the content of the website on social media platforms, collect feedbacks, and other third-party features.
Performance
Performance cookies are used to understand and analyze the key performance indexes of the website which helps in delivering a better user experience for the visitors.
Analytics
Analytical cookies are used to understand how visitors interact with the website. These cookies help provide information on metrics the number of visitors, bounce rate, traffic source, etc.
Advertisement
Advertisement cookies are used to provide visitors with relevant ads and marketing campaigns. These cookies track visitors across websites and collect information to provide customized ads.
Others
Other uncategorized cookies are those that are being analyzed and have not been classified into a category as yet.
SAVE & ACCEPT